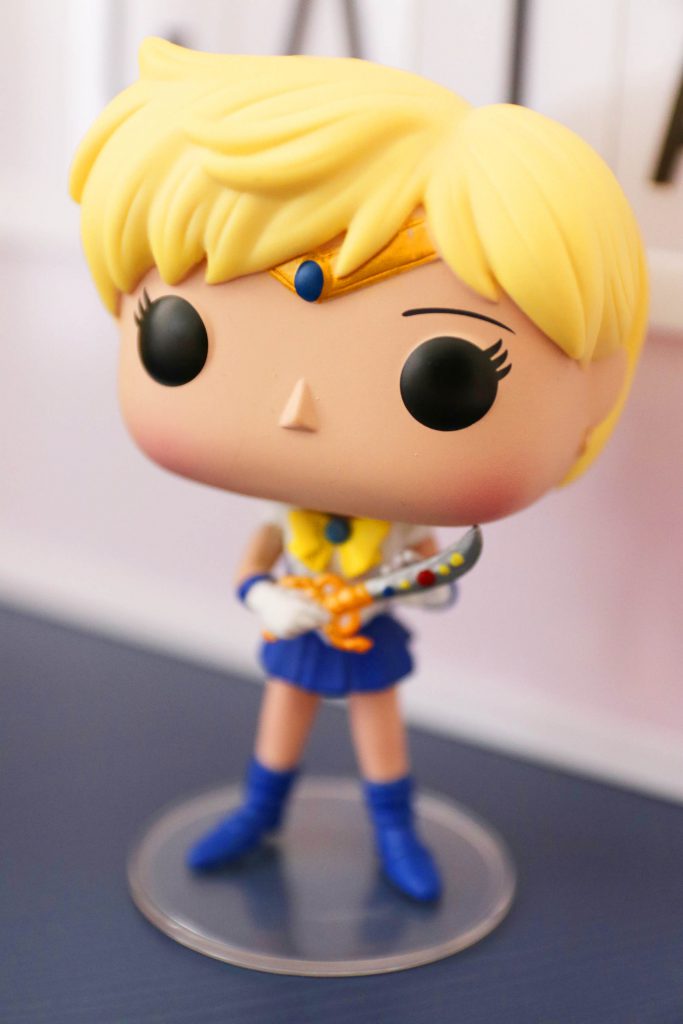 It had been only a matter of days after reviewing the Funko Pop! Sailor Neptune figure, that I knew, I could not deny her an existence without Sailor Uranus any longer! This is how my second Funko Sailor Senshi joined my figure collection and will never leave Neptune’s side! 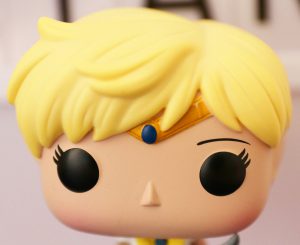 Funko Pop! figures are known for their oversize heads and minimal facial features, especially their black, beady eyes and triangular shaped nose! She has a little bit of pink blushing and three lashes each. True to character, she is wearing her tiara with the dark blue stone in the middle. Unfortunately the golden paint of her tiara is a little faulty on my figure, but you only really see it up close! It does help that her hair colour is light blonde and that her bangs are covering the majority of the tiara anyway. Her hair looks very light and voluminous from all angles and she even is wearing her signature golden hoop earring on her left ear. 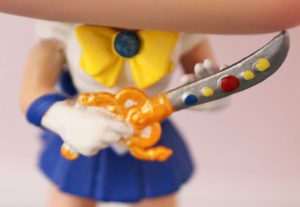 Sailor Uranus’ sailor uniform is mostly dark blue with the exception of one yellow bow. What I also love about this figure, is that she is holding her talisman, the Space Sword, in her right hand. The paint on her right hand and on her back is a bit messy; there are blue spots on her white shirt. 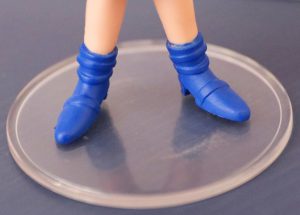 Her shoes are dark blue ankle booties with lots of straps, which look amazing and were translated perfectly onto this Sailor Uranus figure! They have holes at the bottom to attach the figure onto the translucent stand. It does not work perfectly and Uranus is tumbling over a lot. I advice you to be careful! 😉 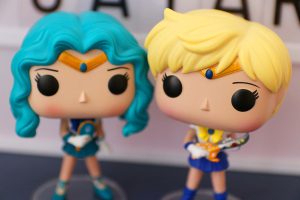 This is my favourite picture of this whole post! 🙂 Those two just look like they absolutely belong together, don’t they?! They are such a nice couple to be standing on my figure shelf! You can click here to read my post about Sailor Neptune’s Funko Pop! figure!

What do you think about Sailor Uranus? This figure and her character in general!