Yesterday my blog turned half a year old! Yay, I cannot believe how happy this little project of mine makes me and how many ideas are still piling up in my head. Almost a month ago, I shared another wishlist full of Pullips that have already sold out. Today I want to show you my wishlist of mostly readily available dolls and hope to hear about the Pullips on your wishlist in the comments! 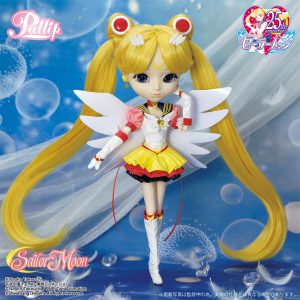 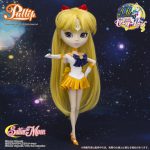 If you know my blog, you will know about my obsession with Sailor Moon and everything that is also remotely related. The fact that Groove does not stop releasing dolls from this franchise, makes it hard to choose. So far I own Pullip Princess Serenity and Pullip Sailor Neptune. We only have to wait a little bit longer until Pullip Eternal Sailor Moon’s release in mid September, which will be the only Sailor Moon Pullip I’ll be getting. As a completionist I want her to have the whole gang of inner senshi around: Sailor Mercury, Sailor Mars, Sailor Jupiter and Sailor Venus. 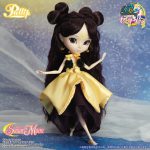 From the outer senshi I am interested in Sailor Uranus and Sailor Pluto, who will look so nice next to Sailor Neptune. The final doll from this series on my priority list is Luna in her human form. She is quite seldom included in merchandise and she just makes a beautiful and sweet Pullip. She is often presented next to Princess Serenity and those two are an adorable pair! 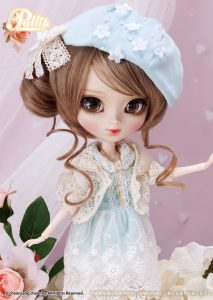 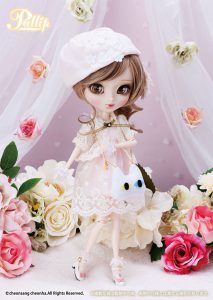 Pullip Callie and Cassie are an early 2016 twin pair release from Groove’s Creator’s Label in collaboration with HAPPYDOLLY/Memento. They are sold separately and I am really bad, when it comes to sibling releases: I cannot have one without the other. Their face-ups are very unique and super girly; their stock is outstandingly cute. They are on top of my wishlist right now! 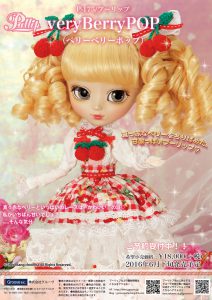 Sometimes you overlook a beautiful doll due to some flaw you discover on her stock. Although I like Very Berry Pop‘s concept, I cannot get over those two extremely misplaced berries on her top. I don’t care, how well they are made-my brain cannot get over how funny they look. And wrong! So, so wrong! Still, when you look at her face, the sun rises and you want to ask her, where she got her lipgloss from. She has a lot of potential! 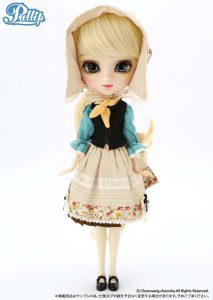 Dahlia Cinderella is an older release from 2013 that Groove brought back after being sold out for a while. There was also a princess version, which is probably never going to see a comeback, but who knows?! My selling point for her is the beautiful face-up, which explains her status as Pullip classic. 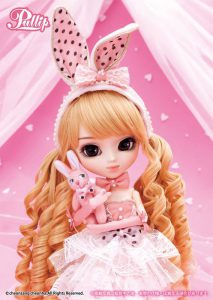 Bonnie came out in the same month as Pullip Marie. Both are beautiful releases and while Marie joined my dolly family several months ago, Bonnie has never quite left my mind. Her wig has a lovely unique strawberry blonde color in a cute style I absolutely adore. Her face is no joke either and I love the fact that Groove chose dark brown eyechips for her! 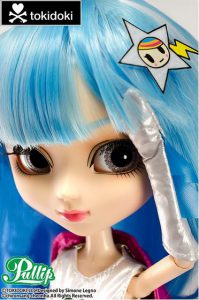 Super Stelly was a San Diego Comic Con special release, which was rumored to be limited, even though she later got available amongst Pullip sellers across the world, which makes her status a bit mysterious. She is one of the Tokidoki collaboration dolls as well and is themed to be a colorful and fierce superhero. She has holographic eyechips and her look in general is very 80ies, which is definitely missing in my collection right now. 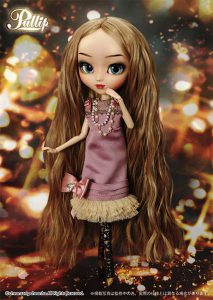 I love Katrina’s face! I have heard from several sources that she looks like a custom doll in real life and I love her tan skin with the make-up in darker fall colors. I am not in love with her wig, but give this girl a great hairstyle and she will rock the world! I can absolutely picture her in my collection! 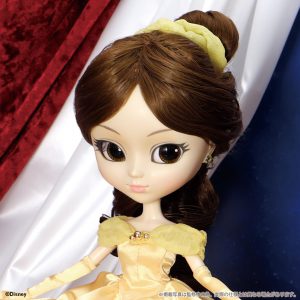 When Belle was announced, I fell in love with her simple, but very expressive face-up. She reminds me of a cross between older releases with a sprinkle of Disney magic. There is this rumour that all Disney princesses will be released one after another and while I skipped Cinderella, my collection will kick off with Belle and might expand in the future. I have high hopes for the classical looks of Snow White and Sleeping Beauty, while it would be refreshing to also have girls like Rapunzel, Pocahontas or Mulan in the mix. 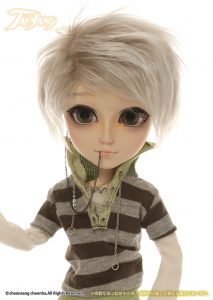 Koichi is a Creator’s Label release from 2015 in collaboration with Sheryl Designs and was released at the same time as Pullip Naoko, whose look I like, but am not completely sure about just yet. Koichi on the other hand, is Avril Lavigne’s dream of a skater boy (I feel old right now). He is unique, stunningly beautiful and so cool! 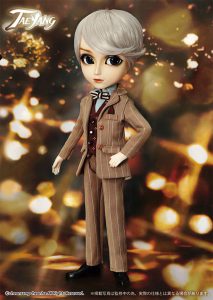 Reonhardt is pure perfection. He has a crazy beautiful face and I am not one to talk, when it comes to resisting a man in a suit! He was released at the same time like Pullip Katrina and both have a Roaring Twenties vibe, which I find even better executed on Reonhardt. 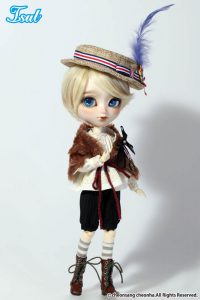 I got Pullip twins Callie and Cassie higher on this list, who are Creator’s Label dolls from HAPPYDOLLY/Memento. They are also behind the release of Isul Glen, who is probably the most popular Isul release right now. I can see totally see why: He is just too beautiful and detailed!

Those are the dolls at the top of my wishlist right now. I plan to update my whishlist every six months with additional wishes, purchases or replacements. It will not only contain this list, but also the previous one with all of my missing Pullip grails.

Now it is time to tell me, what your current Groove doll family wishes are! And do your dolly wishes often change?

2 thoughts on “The Halfiversary Pullip and Pullip Family Wishlist”