As soon as you get interested in dolls, you will get aware of the definition of grails that people talk about. A grail is a sold out and therefore hard to find doll that is on the very top of your wishlist. Some people only have one grail, but I am super loose with this definition and love it to find older Pullips that add beautifully to my collection. Grails are like magical unicorns that love to cross your way from time to time! 😀 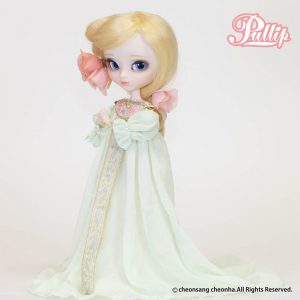 The release of Pullip Kore is a tale about a beautiful doll inspired by the works of Alfons Mucha, who at first completely flew under most collectors’ radar, only to suddenly sell out completely and never to get back into production (as of this point). Her bright blue eyes and lovely pastel colors are divine, but right now she is pretty much unattainable, since she goes for crazy prices on Ebay. 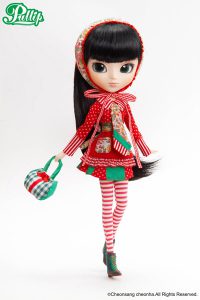 Ddalgi’s name means strawberry in Korean and she is perhaps the sweetest strawberry in the world. Even though she was later also released as a My Select model, Ddalgi is almost impossible to find. This girl is just too popular! 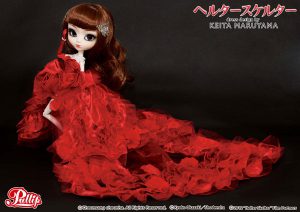 Ririko was a limited Pullip and is portraying the protagonist of Japanese movie and manga adaptation Helter Skelter, which I have watched and found interesting. It is too weird to watch it again, but let me tell you: This Ririko is a piece of work! The doll on the other hand has a unique and beautiful face-up! Her lashes are killing me and I love her dramatic attitude. No wonder, she won’t let you find her that easily! 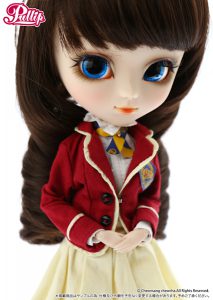 Although Pullip Eloise has sold out, the timing to get her now is not as bad as the other dolls on this list. Her prices on Ebay suggest that she is harder to find, but not completely impossible. Her wig is beautiful and so are her eyes. I also love her preppy school look, which reminds me a lot of Gossip Girl’s Blair Waldorf and it doesn’t hurt that I always was Team Blair!

Another school girl! 😀 Being released in 2006, Pullip Nina is wearing those oversized white knee socks that were popular in Japanese high schools during that time. Nina is a beautiful Pullip! You only have to look up owner pictures of her and I swear, every single one of them is cute. She is a complete sweetheart! 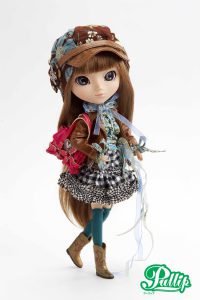 Jun Planning released Pullip Latte in 2005 and her stock picture is not doing her justice. In her case it also absolutely applies that her beauty shines through every owner picture ever taken. She has a very minimal face-up, but she just has this glow upon her, which makes her very angelic! 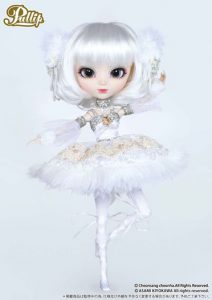 Pullip Pere Noel is a glamorous ballerina and has a super strange name, since it means Father Christmas in French. Nonetheless this Doll Carnival release is another example of a perfect doll and looks like a snowflake right out of The Nutcracker. She is a limited Pullip and very hard to find, but maybe one day I’ll get lucky and directly get her from Father Christmas himself! 😉 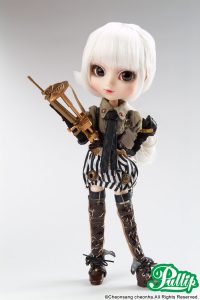 My favorite thing about Steampunk Eos is, again, her beautiful face. Those lashes in combination with her lips make her a very recognizeable release and a shame that she was limited, too! If you like dolls that come with a lot of stock, Groove’s early Steampunk girls come with a lot of luggage and will not disappoint you in this category either! 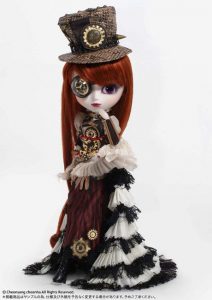 Aurora is another Steampunk release that has lots of cool stock pieces. She has a beautiful color scheme of red and violet with an extremely fierce outfit. ‘Grand’ can also be used to describe Aurora’s appearance. It is a shame that she has sold out, even though she leaves no question, why she did so. 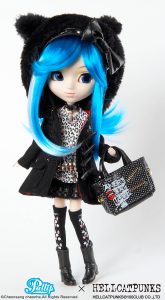 Chelsea is a rocker chick and member of the Hell Cat Punks with the perfect blue wig and black kitty hood. Of course her hoody plays a big role, why I find her so charming. We have a lot in common-but also the rest of her outfit is so cool that I can only fangirl over her. She could give me some fashion advice! 😀 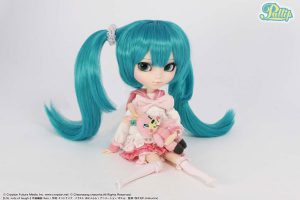 J-Popstar Hatsune Miku has had various releases modelled after her, but for me her cutest reincarnation in Pullip form so far has been her LOL (in this case short for ‘lots of laugh’) release for the Doll Carnival of 2011 and yes, also Miss Miku was a limited release! She comes with two different outfits and I am completely in love with her light pink sailor suit!

Now I would like to know: What are your grail dolls and do you keep a list like I do? What grails were you able to find in the past?

3 thoughts on “My Wishlist of Pullip Grails”

Cutie Lluvia is announcing that my newest video wi

Valentina. 💕 Because pink makes everything bett

Someone knows, how to pose! 💃 Hitagi's video wi

Lluvia❣️ This beauty was created by my friend

Why is she so cute? 😭 Who is your favorite Mini