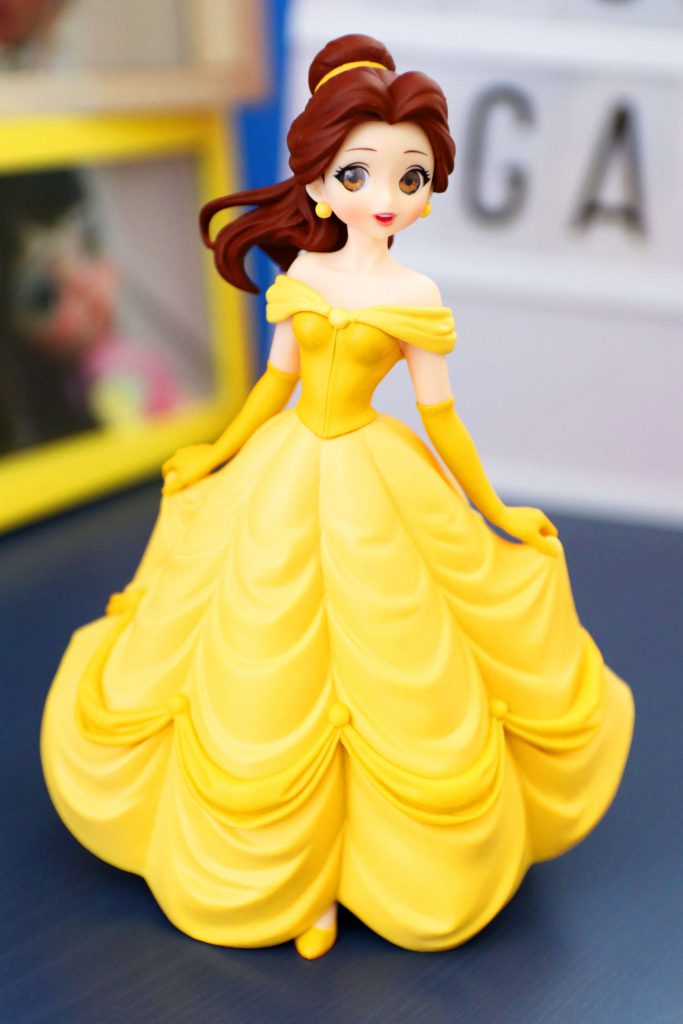 So far all of the Crystalux releases by Banpresto have been nothing short of amazing. It all started with Alice, continued with Snow White and now we are already at their third release with Belle, the heroine of ‘The Beauty and the Beast’. Crystalux figures are prizes that can be won at Japanese arcades. Their special feature are the eyes, which are comparable to dolls’ eyechips and therefore reflect light.

Belle’s whole appearance is a vision and very true to the classic Disney film. She is wearing her iconic yellow ball gown, which is beautiful enough to sell a figure to me. Luckily, Crystalux’ Belle has the face to match and is as pretty as a doll. She has very kind doe eyes and an adorable expression with an open smile, reveiling the upper row of her teeth. Her make up is subtle with nude lips and a touch of blush. Another highlight are her yellow earrings, which give her face some extra warmth. 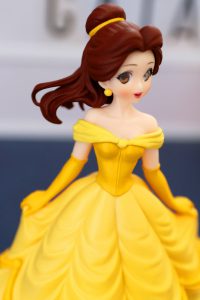 There is a lot of movement going on in the hair. Belle is a famous brunette and wearing her hair in the famous semi updo from the ball scene, of course not without the yellow ribbon fastening the bun. The rest of her locks are flying in the wind, just as if Belle just made a twirl on the dancefloor.

The whole dress looks beautifully draped, fitted and realistically that you can see Belle’s numerous petticoats under her dress, where she is lifting her skirt up on both sides. Adding even more elegance are her elbow long yellow gloves and her yellow high heels. One of them is peeking out under her skirt because she is taking a step forward. 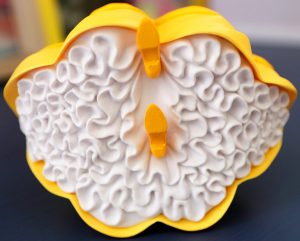 Just like Alice, Belle does not come with her own figure stand. Alice, Snow White and Belle look absolutely beautiful together, even though my inner perfectionist would have liked a matching figure stand for all three of them, just like Banpresto’s fellow Qposket releases. 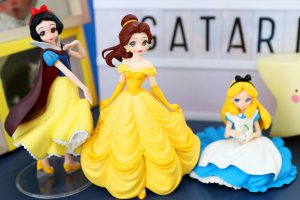 The next announced Crystalux Disney princesses that were announced, are Ariel and Rapunzel. While I am happy to say that I pre-ordered Ariel, Rapunzel unfortunately could not completely convince me yet. I just hope that her smirk is not as wonky in real life!

If you have not already read my post about Alice, click here to catch up. And here for Snow White’s review. Do you have a favourite out of these three? Do you prefer Crystalux or Qposket figures?