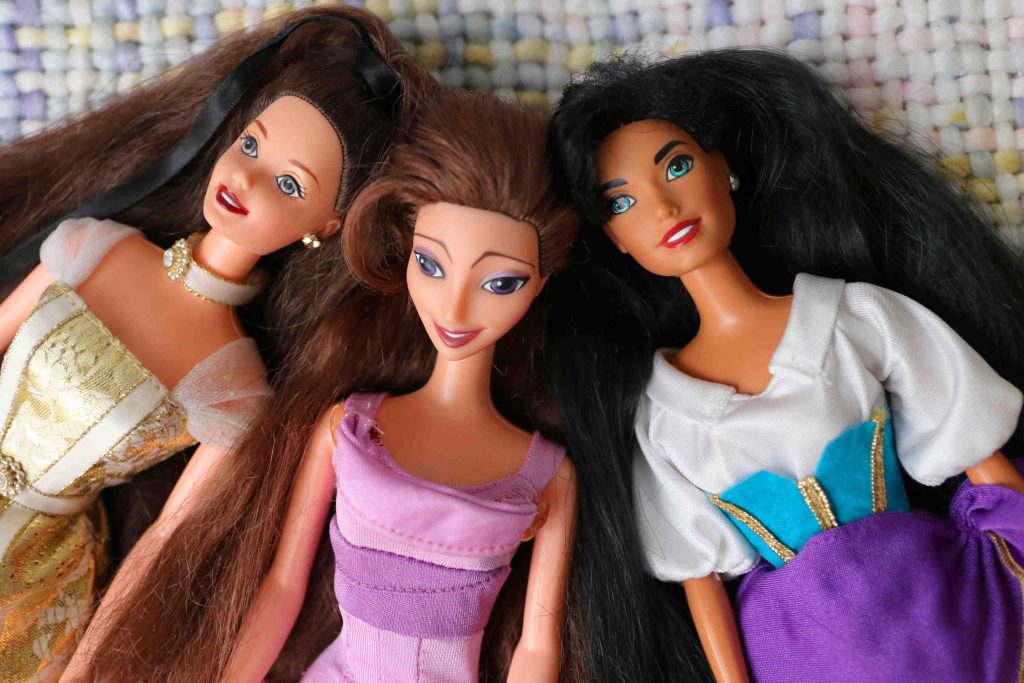 Have you ever heard or even watched something, which you did not quite believe, but still had to try out?! This happened to me last Sunday, when I rediscovered my favourite childhood Barbie dolls. They had been stored in a box for more than ten years and their hair was far from fresh looking. More like old, frizzy and well played with. This was, when my friend asked me, if I would give them a spa with fabric softener and boiling water. Doesn’t it sound brutal to boil your dolls’ hair? Don’t be fooled, only people that truly care would walk the distance! Blythe fans have known this method for years and it is also a popular technique to straighten frizzy synthetic wigs (which I will try next). Another plus is that your dolls will smell super nice and fresh in the end. So fresh and so clean!

First let me introduce the dolls, who were going through this whole ordeal: Esmeralda (from the Disney movie ‘The Hunchback of Notre Dame’), Megara (from the Disney movie ‘Hercules’) and Barbie Sissy, who is supposed to portray Empress Elisabeth of Austria. All of these Barbies never had perfectly straight hair to begin with; all three of them originally had hair, which is more on the voluminous and wavy/curly side. The most voluminous and unruly hair belongs to Megara. Esmeralda’s hair is pretty voluminous and luscious with gentle waves. And Elisabeth’s hair structure has the silkiest feel to the touch. Although I tried to brush their hair, there were too many knots and I still wanted them to actual end up with some hair after my ‘experiment’. 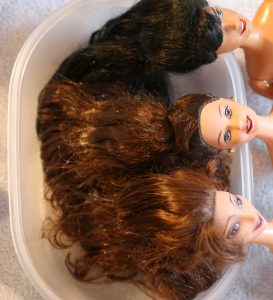 The first step is to massage the fabric softener into the doll hair and leave it in for as long as possible. I tried not to put it too close to their actual heads and used a glove to evenly distribute the product. Afterwards I let their necks rest upon a plastic container, while their hair was soaking overnight inside the actual container. 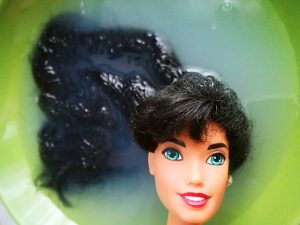 About 12 hours later the long waited boiling process started. You only have to pour boiling water into a ceramic bowl and dunk your doll’s hair into it for about 30 seconds. Afterwards let the hair cool down for about the same amount of time before you dunk it in again. You have to repeat this several times and can always check the texture of the hair with your fingers during the ‘cooling off’ phase. The one that needed the most repetitions was Megara, since her hair was the naturally most voluminous one. After the last soak, wrap a towel around your doll’s hair and put the doll with the now towel dry hair onto the first towel. 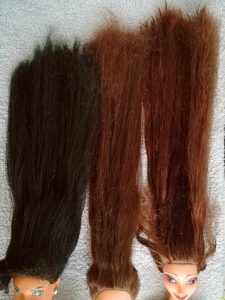 The next step decides, if you have to do everything all over again, or if your treatment was a success: Brush your dolls’hair, while it is still wet! Start at the ends and work yourself up to the scalp area. Esmeralda and Elisabeth’s hair was about half the struggle I went through with Megara! I was so sure to give it a do-over, but I persevered and it worked out just fine! When the wet hair is nicely brushed, just let if fully dry and you will see, how the original texture comes back to it!

Now let’s talk about the results: 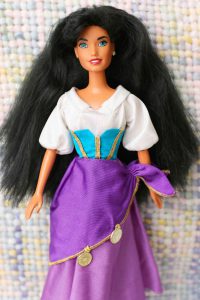 As mentioned earlier, this method is also used to straighten synthetic doll wigs, which is why I wasn’t surprised that Esmeralda’s hair was not as wavy as before. This actually applies to all three of my dolls. Still, the treatment did not affect her volume at all and the fact that I can now brush her hair and could get rid of all the dust in it, feels like a little feel-good miracle! 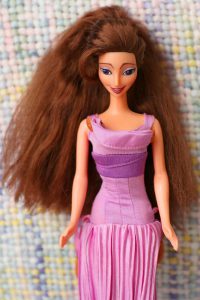 The biggest miracle however, was restoring Megaras hair. So much volume, not unlike a perm, her hair was in the worst condition! It also did not help that she originally had a comb-over with some short hair the top of her head, which was supposed to be combed sideways over her head, but had frizzed out over the years. Thanks to that, her hair took the longest to dry and I had to pull it and the two ruined corkscrew curls right next to her face, into a ponytail as good as I could. The comb-over is still frizzing out a bit, but I am happy with the result. Her original hair tie definitely helps to keep the look together! Megara’s hair is now so soft and looks well kept and glamorous! 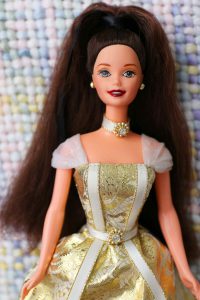 Elisabeth’s thick hair went from being all frizzed together to silky smooth. The hair that was wrapped around her ponytail was unfortunately brushes out, but I am happy with the result, seeing how much volume is left at her ends.

What do you think about the result? I am sooo intrigued to try this method on Pullip wigs!

2 thoughts on “How To Revive Old Barbie Hair!”