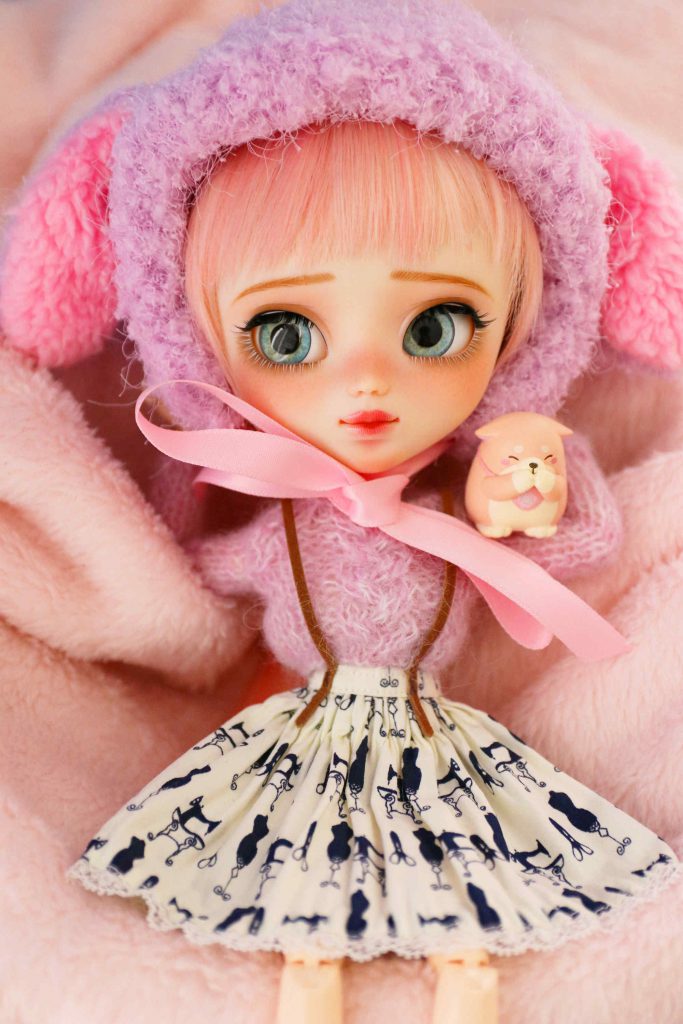 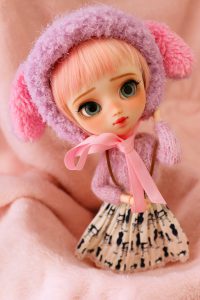 Happy Sunday and happy Lunar New Year to everybody who is celebrating! Since everybody has safely arrived in the ‘Year of the Dog’ now, Ruri could not let the chance drop to dress up like a cute little puppy! She is wearing a hat, which arrived last week and was a little rainbow in a pretty bad week (especially last Wednesday, ugh!). It is my second helmet by Dr. Rabbitland on Etsy and again, I am completely smitten with the look and quality. Her hats are originally designed for Blythes, but I like how they look on my Pullips! The puppy hat has such a lovely pastel lilac colour and plushy pink ears. It is so, so cute and really suits Ruri’s pink wig! Ruri is also wearing an ensemble by Atelier Milabrocc consisting out of a pastel lilac knit sweater and a pleated skirt with suspenders. What a doll! 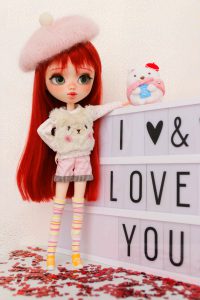 Last Wednesday, February 14th, Valentine’s Day was not the best of days this year! Not relationship wise, but I had to spend it alone due to my husband being on night shift and naturally working myself during the day. And you know, sometimes when you are already having not the best time, little things seem even worse. Honestly, it kind of killed my inspiration for this week, but the picture above with cute Rise managed to put a smile on my face! She is still wearing her sweatshirt from Nenelle & Lalluli, which I was able to grab from the last shop update and her shorts are actually dungarees from Doremy!  To make her look a little bit more elegant, she is wearing her beret from It’s MY Caprice, socks from Pariflora Dolls and sneakers from Obitsu! 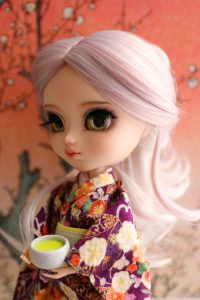 I am missing Japan so much, there are no words for it! Last week I finally opened an eraser set consisting out of various traditional Japanese sweets like dango or anmitsu with a big cup of matcha. Since I am still obsessed with my newest doll family member, Sencha had to look the part in a purple kimono from Azone. One day I hope to catch the cherry blossoms in real life, but until then I have to be happy with the works of Japanese artist Hiroshige Utagawa.

Like I had suspected last week, Neo-Blythe’s Jillian’s Dream official announcement was released shortly after her picture being leaked on Twitter. I am still loving her stock outfit and it might have to do with her big red head bow. Not that I would need another one for my dolls, but can you ever have enough of a really, really pretty accessory?! And swans; so many swans!!!

And that’s basically it! I honestly hope to be more optimistic and productive next week, since I want to put some picture ideas into reality! Also: Komonogatari’s one year anniversary will be on Friday! On February 23rd 2017, I uploaded my first post, which was the review of Pullip Optical Alice!

I am wishing everybody a lovely week! If February is a hard month for you every year too, let’s beat it together and make the best out of it!